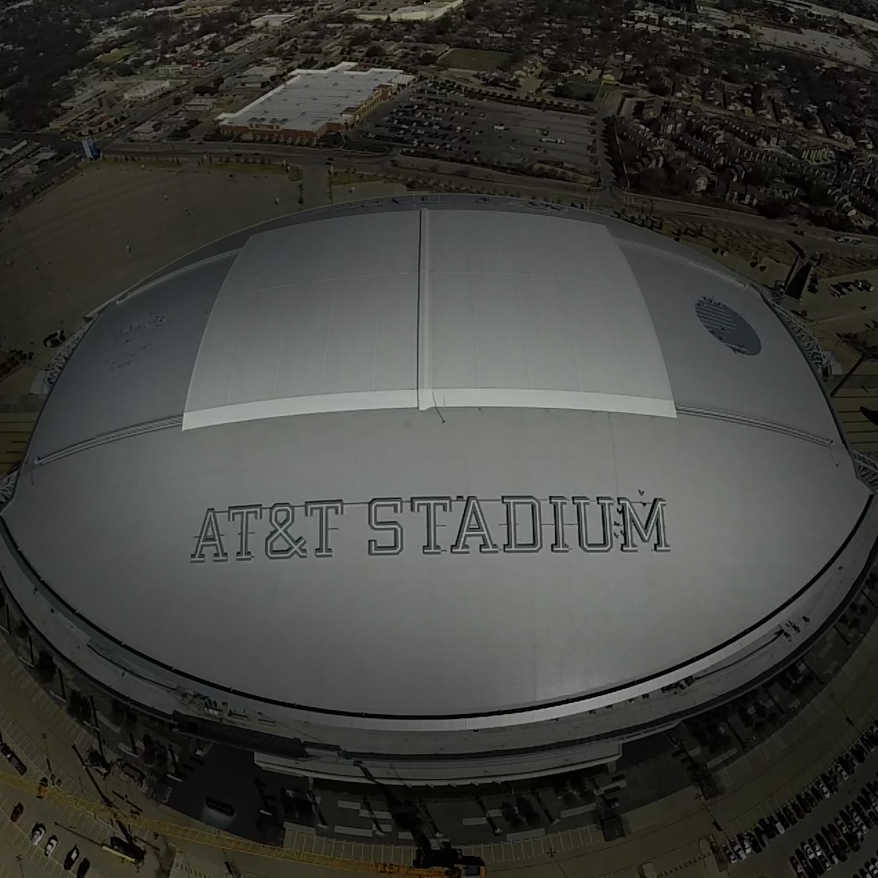 ARINGTON — A 600-ton crane placed the final 2-ton M atop the stadium formerly known as Cowboys Stadium on Friday to finalize its rebranding to AT&T Stadium.

Two sets of 43-foot-tall letters now stretch 385 feet across the north and south sides of the stadium’s dome. The letters are made of lightweight components and aluminum and installed with 825 feet of insulation and heating to melt ice and snow. A total of 36,000 LED lights will use 52 amps of power, equivalent to 144 100-watt light bulbs.

Austin-based Facility Solutions Group started working on the letters at the first of the year after a meeting with Cowboys owner Jerry Jones. It took the company nearly four dozen trips from Austin to Arlington to haul the letters.

“It has been a blur ever since I sat down with [Jones’] wife and his daughter,” said branch manager Dan Tessier. “The parts were [clogging] the road, taking up two lanes of traffic. You don’t get any bigger than that. Nobody liked us … we blocked up the highway 46 times in less than two months,” Tessier said.

Each letter took anywhere from five to nine days to fabricate in a shop of 35 employees. Thirty other workers have been at the stadium for the instillation process. The letters are so large that airplane passengers will be able to see them, Tessier said. One full set of letters weighs 32,615 pounds, Tessier said.

Crews have the next couple of weeks to install two 90-foot-diameter AT&T globe logos on the east and west sides of the stadium, depending on the weather, said Cowboys spokesman Brett Daniels.

The logos are made out of similar materials and conform to the shape of the stadium.

“We’ve been working 16-hour shifts since the first of the year,” Tessier said. “This is a big deal.”

Click Here for Full Story from the Fort Worth Star Telegram