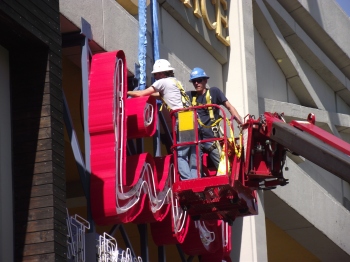 With a city as large and diverse as Houston, you can bet the entertainment is large too. 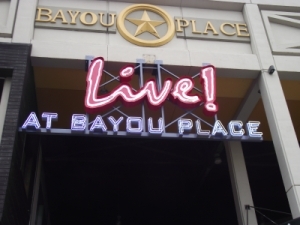 Techs also installed signage for the Samba Grille South American Restaurant and the Blue Fish sushi bar which originated in Dallas. Signs were designed and manufactured by FSG Signs in Austin, and as you can tell from the photos came out amazing. Houston is ever expanding and changing and we are ready!