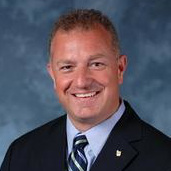 FSG announced the hiring of Menno Enters, previously with Walgreens, as the Vice President of Sales for National Accounts. Menno reports to Robert Graham, Chief Sales Officer based in Dallas at FSG’s national operations center.
Menno has a bachelor’s degree in Marketing and International Business from the University of Texas, a Master’s degree in Business Administration, and a Master’s degree in Science specializing in Finance from the University of Houston.

He previously served Walgreens in Chicago as Director of Energy and Sustainability where he established Walgreens’ leadership position in sustainability in lighting, HVAC, renewable energy, and refrigeration. He also commissioned the development and implementation of FSG Energy’s Enterprise Energy Management solution, which significantly contributed to Walgreens’ carbon foot print reduction and energy savings commitment.

Patrick Davis, FSG Energy’s president said, “Menno has an impressive grasp of how decisions are made at the corporate level. His unique skillset and experience make him an obvious choice to lead our business development and sales team. He understands how to work with end-users to build a successful road map.” Robert Graham, CM&SO said, “We’re fortunate that an executive of one of our largest customers sought to join FSG, after learning first-hand how we work, and our expanding value proposition. I am confident Menno will add value to our leadership team, and extend our existing market credibility.”