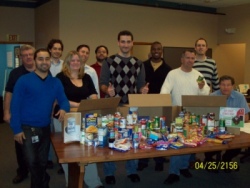 During November, employees were asked to help fight hunger by donating food to the Jewish Renaissance Foundation. FSG Offices in

FSG offices in Perth Amboy sponsored a food drive this month, in benefit of The Jewish Renaissance Foundation (JRF) in Perth Amboy. JRF is a local non-profit organization that collects and distributes food to local banks, soup kitchens, breakfast programs, and families.

Employees were invited to drop off non-perishable food items such as canned fruits and vegetables, cereals, canned soups, pasted, and evaporated milk. 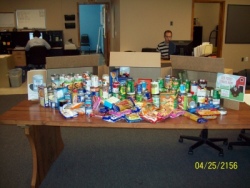 “A lot of employees embraced the idea of giving at the time of Thanksgiving. From a management stand point it was nice to see that the people here are willing the share their fortunes from FSG with those in need”, said Operations Manager David Morales.