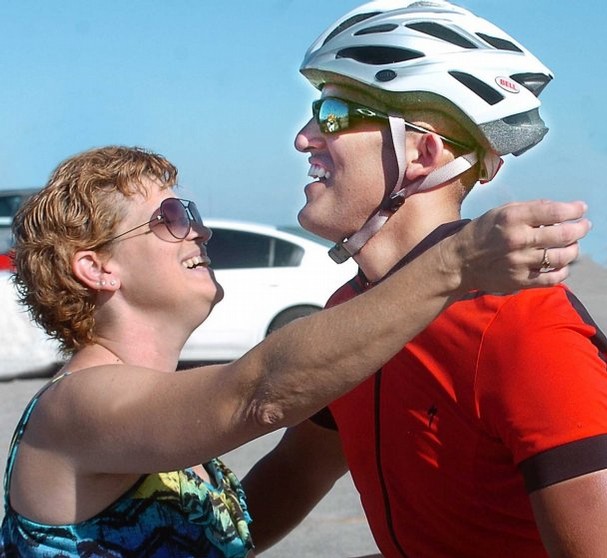 “I’m just trying to save my mom,” said the 2006 Carroll High School graduate.

The 5-foot 9-inch-tall 160-pound soldier is no stranger to fighting. He has served in Iraq and competed last October as a finalist in the top noncommissioned officer’s title in the Army’s 2011 Best Warrior competition in Fort Lee, Va.

“My mom is in the battle of her life,” McBroom said. “I feel by doing this it shows how much I love her and support what she’s going through.”

There are many types of breast cancer, diagnosed based upon three receptors known to fuel tumor growth, according to Triple Negative Breast Cancer Foundation. Most successful treatments target these receptors, none of which are found in women with triple negative breast cancer — ergo the name.

Michelle McBroom, 43, is among the about 10 to 20 percent of breast cancer patients with this aggressive type, found more commonly in younger women. It has the highest rate of recurrence and is believed to be responsible for about 10,000 deaths annually in the U.S., according to the foundation.

She had surgery in January, and at the time was cancer free. But in March doctors found four tumors in her liver. McBroom resumed chemotherapy in April, that she says will continue the rest of her life.

“Douglas nailed it,” she said. “It’s important to get the word out, because most people think everything in 2012 is curable.”

To read the full story from the Corpus Christ Caller Click Here.