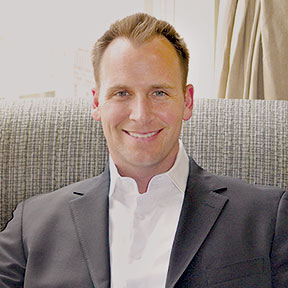 So how did a one-time college linebacker from Texas end up in Chicago as one of his company’s top lighting experts?

He started in the warehouse.

Bobby Graham attended college at the University of North Texas, where he played football (outside linebacker). He worked at a nearby Facility Solutions Group (FSG) warehouse in the summers as an administrator and worked his way up to the position of driver.

“I quite enjoyed it. I was attracted mostly to the company itself and how they operated,” Graham explained.

After college, he worked at FSG’s branch in Ft. Worth, Texas, in a sales position. The chance to go to Chicago came about when FSG acquired a company there and was looking to grow business in that region.

“I was fresh out of college, a young guy eager to learn and eager to be successful like anybody else,” Graham said. “I thought it was a great opportunity.”

Graham is a sales rep at FSG and is involved primarily with retail and commercial-related customers with an emphasis on energy management.

“Buildings are now connected remotely across multiple locations,” he said. “You think about a retail facility, they are operating anywhere from 100 to 5,000 sites. Our business model and the energy division is focused on building controls and connecting to technologies like integrated lighting solutions.”

While his work and its related technologies carry a continuous learning curve, it’s a challenge that Graham has embraced.

“It’s a little more complicated than just selling lamps and fixtures,” Graham laughed. “The lighting and electrical industry is changing as fast as the computer industry. It’s amazing!”

Unlike many in electrical distribution, Graham is quite active in social media—Twitter, specifically. (@bobbyggraham ).

Graham and his wife Sarah have two children: a two-year-old daughter (Avery) and a one year-old son (Tanner).

Graham is still very physically active and has even run marathons. In fact he met his wife while training for the Chicago Marathon.

“I was never really a marathon runner until I met my wife. It’s our joke. I always chased after her so the best way to do that was to learn how to run further,” he laughed.

It’s been 10 years since Graham left Texas but, as he puts it, “I’ve never looked back.”

He grew up in the Dallas area. And while he has been in Chicago for 10 years, he still cheers for the Dallas Cowboys.

“I’m always, at heart, a Cowboys fan. But I guess I’m turning into a bit of a fair weather, bandwagon Bears fan,” he said. “They play this year in Chicago at Soldiers Field. So if you know anybody with a spare ticket, send it my way!”