From the outside looking in, it would appear that the construction industry is a male-dominated world. And it is, but that is changing. More women are taking up careers in the skilled trades, and more women in leadership roles are driving successful projects from start to finish. The makeup of the industry is diversifying, and that can only be a good thing.

FSG is fortunate enough to have a team with a leadership made up entirely of women in our National Accounts division. They recently gathered to recount their memories of how they started in the industry and what has continued to make them successful. The one thing that they all have in common besides an inherent drive is confidence.

The sense of confidence in this group was palpable when all together. It is now time to let Courtney Fletcher, Lindsey Adami, Courtney Mitchell, Tara Visker, and Mia Ferguson tell their stories. All are extraordinary, and all deservedly have a well-earned seat at the table. 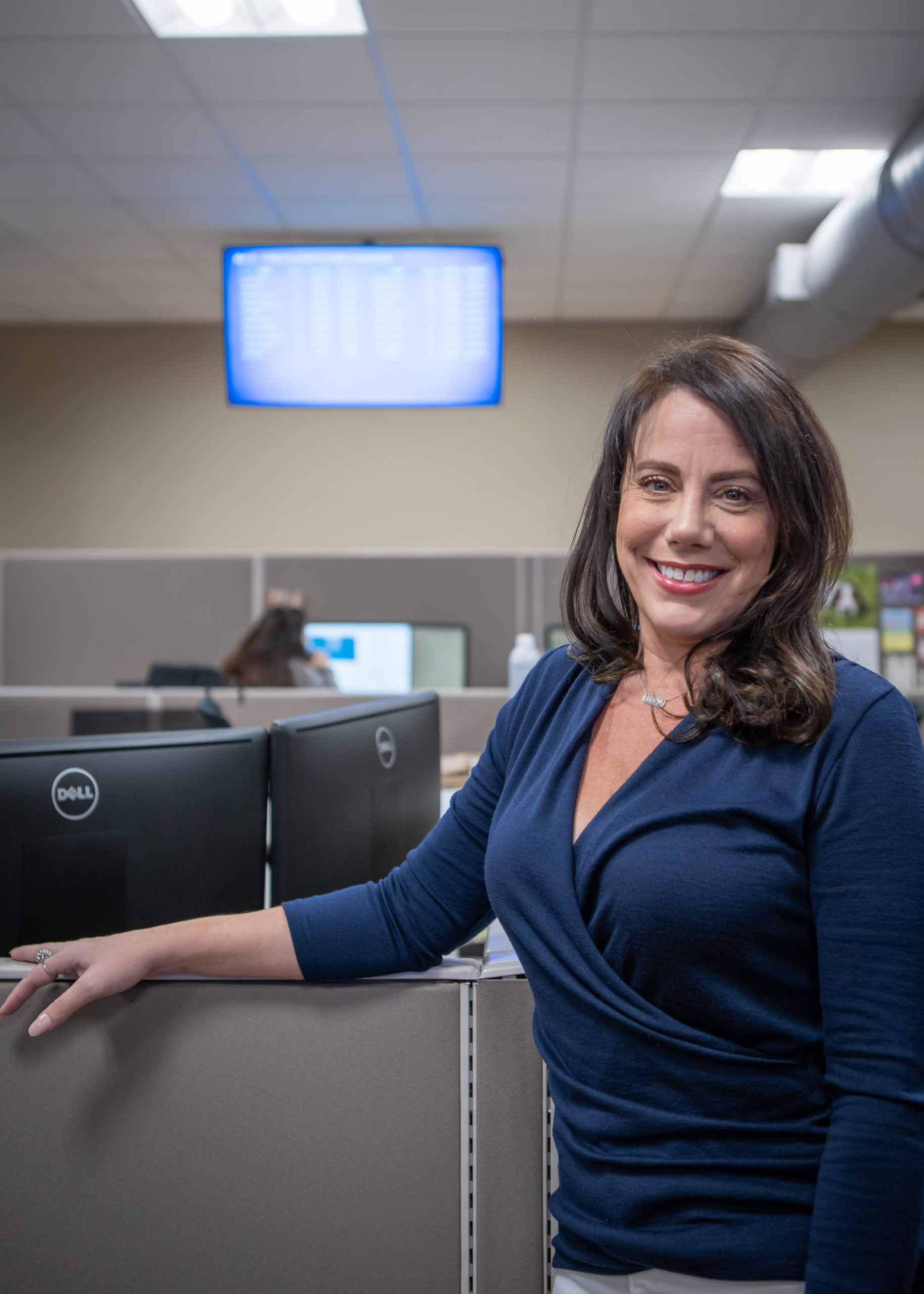 Courtney Fletcher is the Operations Manager for the Customer Care Center, or CCC, at FSG National Accounts. Fletcher started with FSG twenty-six years ago. She was under the impression she would spend six months as a receptionist before finding her footing in what it was what she wanted to pursue. Today, she heads the CCC and is proud to oversee a group led entirely by women. 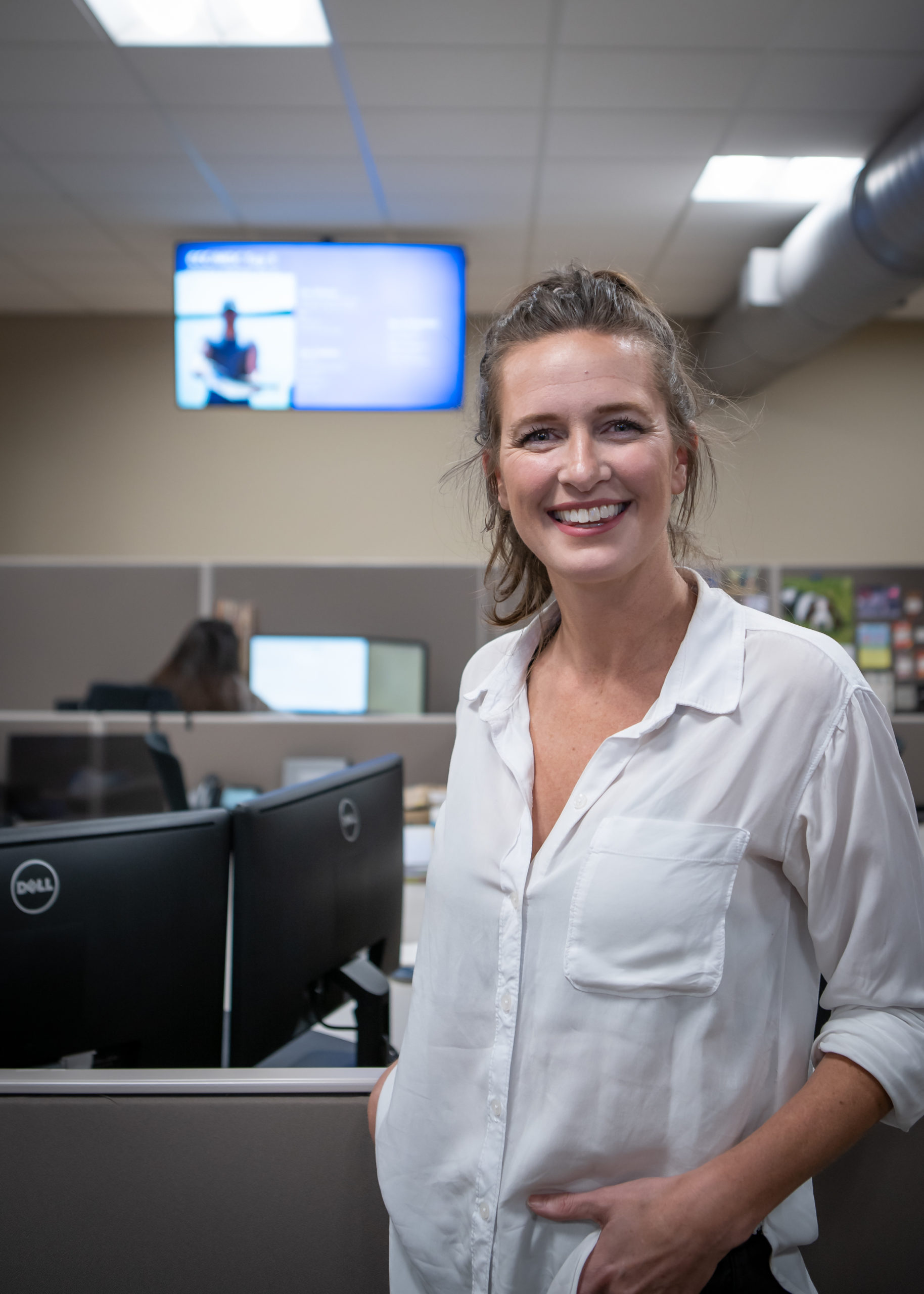 Lindsey Adami is the Project Manager and Team Lead of the CCC’s Team One. Ten years ago, her aunt, FSG’s recruiter, urged her to interview for a receptionist position. Adami remembers approaching Fletcher halfway through her first year, “I cornered Courtney [Fletcher] and said, ‘I do not want to be a receptionist forever. You have to hire me.’ So, I coerced her into being my friend, and I wouldn’t be where I am today without her.” 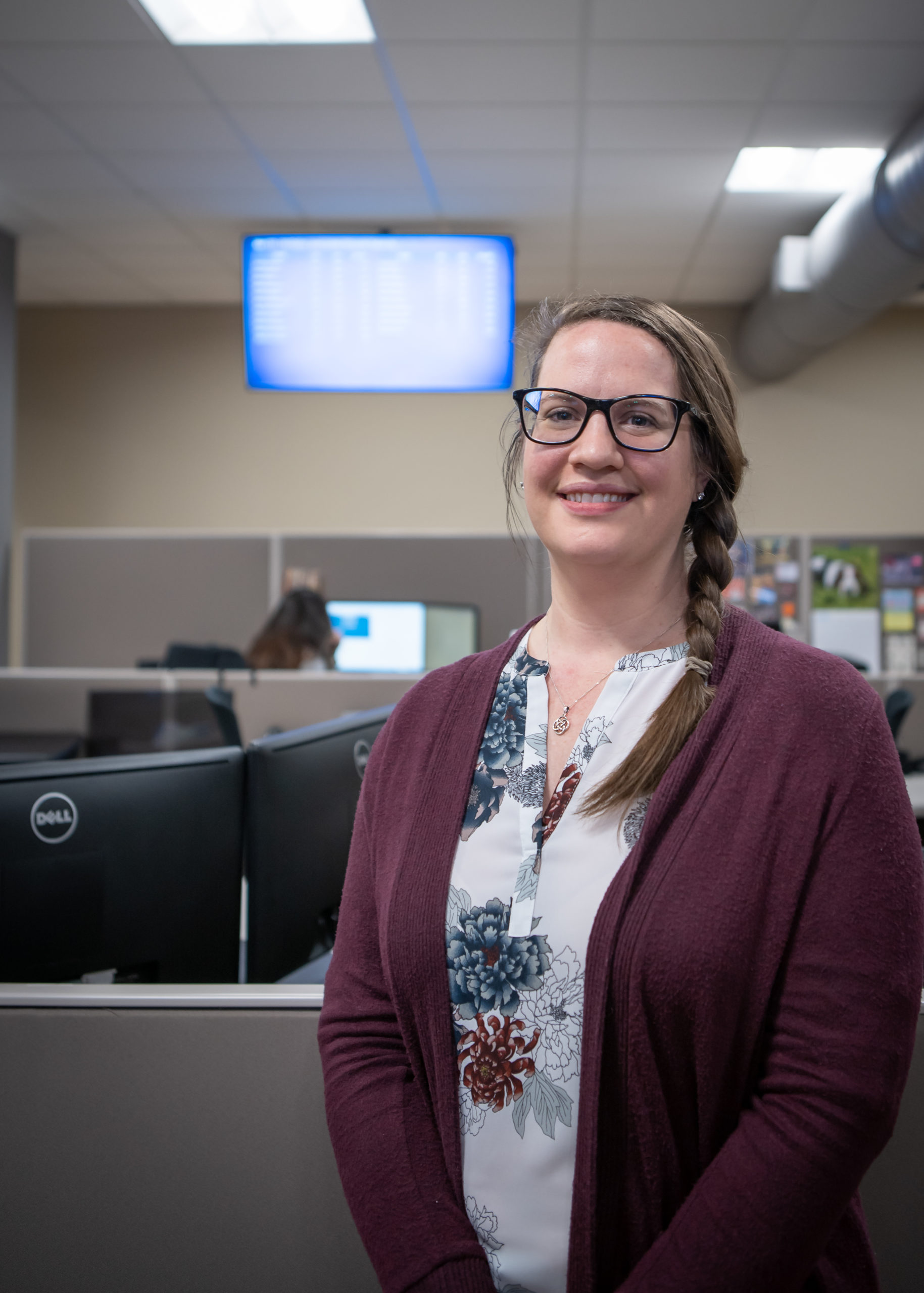 Courtney Mitchell is the Project Manager and Team Lead for the CCC’s Team Two. A decade ago, Mitchell moved back to Texas from Colorado with her baby, finished her degree, and applied for a Rebates Administration position at FSG. Since then, Mitchell has worked in several departments including NAC Inside Sales, NAC Projects, and eventually the CCC in 2014. 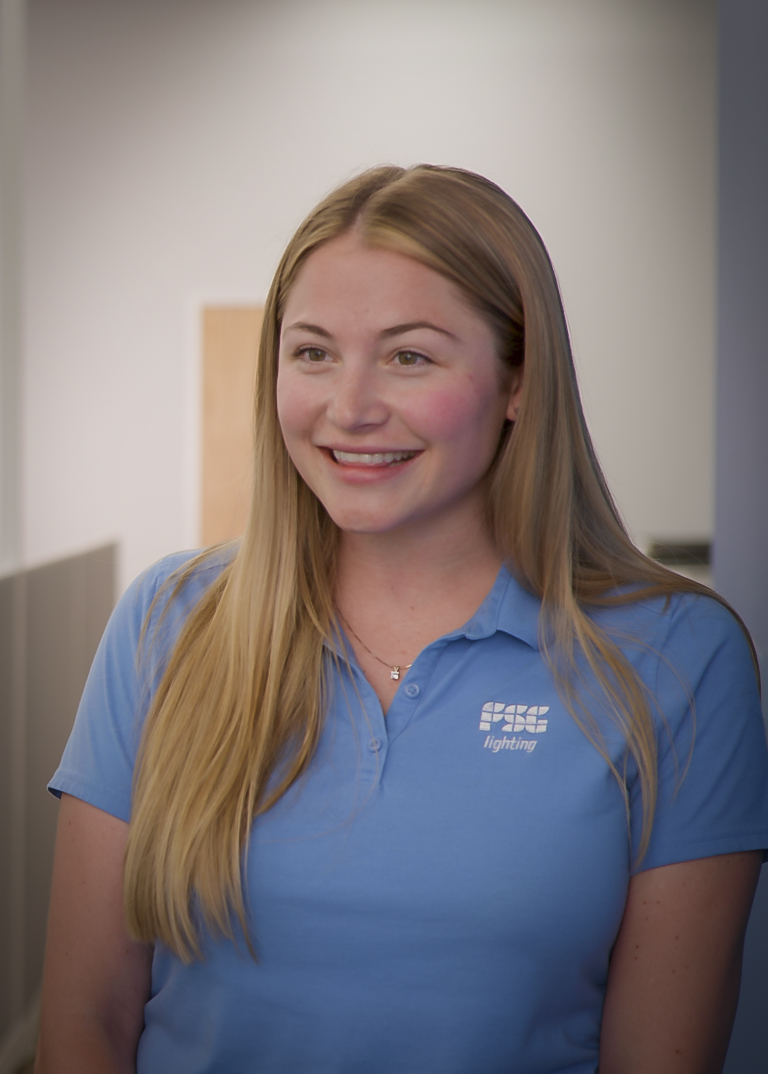 Tara Visker is the Team Lead and Project Manager for the CCC’s Team Three. Seven years ago, Visker applied to FSG before graduating from Texas Tech. She interned for a digital marketing agency as there was no available position for her until she received a call from Mark Condry offering her an administrative role. Before the formation of the CCC, Visker was unsure of what her career would look like. Fortunately, she has found that the tasks and projects within the CCC come easy to her because she approaches them with an organized way of thinking. 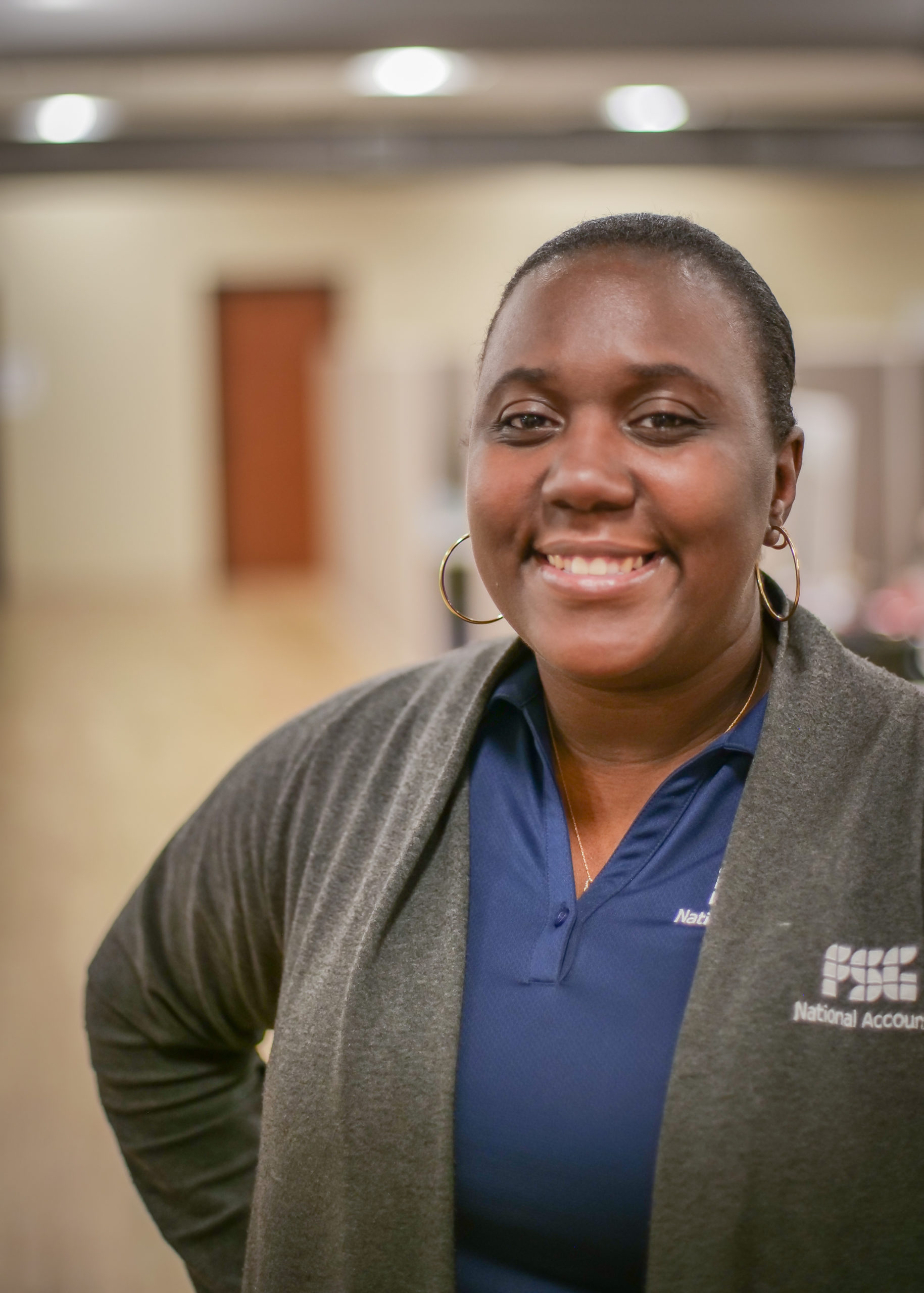 Mia Ferguson manages Quotations, Specifications, and Design on the Solutions team at FSG National Accounts. In 2015, she decided to move her family from Atlanta to Dallas after being recruited by Mark Condry. With sixteen years of experience in the lighting industry, she began as a Project Manager at FSG where she quickly demonstrated her knowledge and willingness to learn and advance. She transitioned into Quotes, which led to the formation of the Solutions team.

All five women played a pivotal role in the development of the Customer Care Center and Solutions team. Mitchell explains, “Previously, everyone was working separately with the same goal of ensuring the customer had the smoothest experience possible. It only made sense to combine all departments so every member of the CCC can serve the customer in whatever capacity. As it stands now, each Customer Care Team has hands in every step of their customers’ experience including service, MRO, projects, rollouts, and they work in conjunction with Solutions.”

As the Customer Care Team formation was underway, a similar transition was happening within the Service department. The plan was to create a Solutions team, consisting of subject matter experts working together to ensure each customer would be receiving the proper care. Bob Graham, Director of Sales and Marketing, appointed Cameron Carpenter as Director of Solutions, which prompted Chief Operating Officer, Steve Byrne to approach Ferguson about moving to Solutions and leaving the CCC.

With any significant change, opposition is sure to follow. This situation being no different. However, Adami offers this insight into handling change; she says, “It takes baby steps to get buy-in from peers. If you slowly implement the adjustment, people tend to have a more positive reaction when they are able to experience the change for themselves.” Finally, she adds through a laugh, “Then you just kind of take it over.”

And sometimes, bringing about change comes from within. Mitchell points out, “Tara is one who most often questions why we’ve been doing something a certain way if she sees a better alternative to getting it done.” Visker expressed that she has never had a problem with challenging things when she sees a more straightforward solution. “I always try to approach it in a way that is respectful to the way it has previously been done,” Visker says. 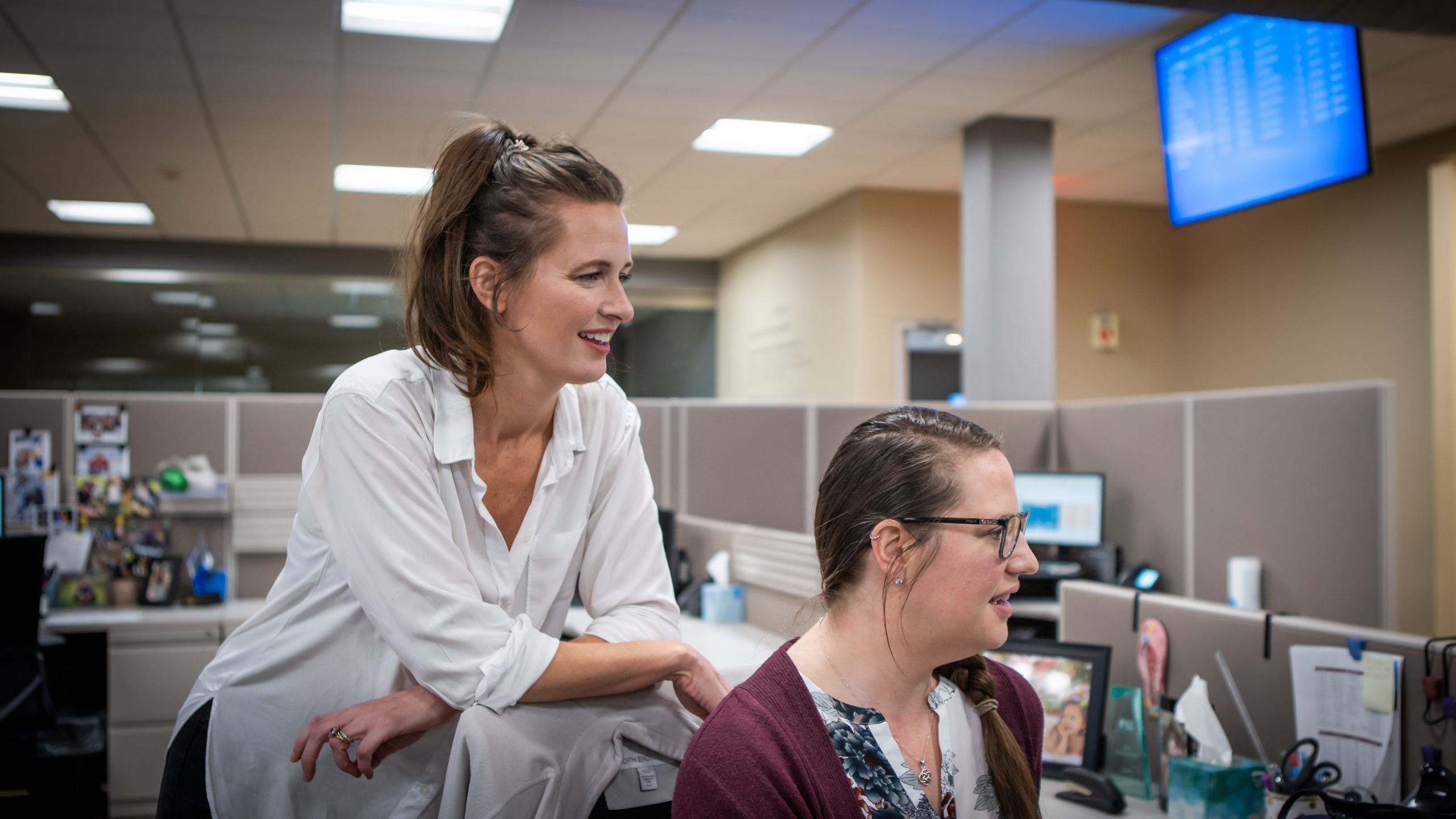 Adami (left) and Mitchell (right) at the Customer Care Center

For each of these strong leaders, they all made it clear that yes, it takes self-belief, a willingness to embrace change, and accept the challenges, but one thing that underlies all of their success is having someone championing them behind the scenes. Fletcher points out, “When I began, most of the women in the company were in administrative positions. The outlook has changed in that women are seen as having more potential than just to fulfill administrative roles.” When asked who that instrumental person was for her in her career, Fletcher was quick to acknowledge Robert Graham Sr. “I was very fortunate that I was able to work with Robert Sr. for several years. He told me very early on in my tenure with FSG that I better not let anyone tell me that I cannot or that I should not do something. He consistently pushed me to ask for more and gave me a seat at the table.”

Fletcher serves as a constant resource for these women, but a resounding agreement indicates that both Steve Byrne and Mark Condry, Director of Customer Care, have also supported them throughout their careers. The culture Byrne and Condry have instilled within their teams fosters trust and growth. Adami recounts Byrne’s words, saying, “Steve [Byrne] has always told us he wants our competitors to want his people. They don’t want to halt our growth. They are constantly building us up.”

Mitchell was urged by Byrne to transition from Inside Sales to Projects because he “saw that I have a knack for the strategic thinking that was necessary for Projects. He told me, ‘If you work here for two years, you’ll be able to go anywhere. We want to keep you at FSG, but I want you to have the pick of whatever you want to do.”

Ferguson felt the same sentiment when Byrne came to her with the Solutions team opportunity. She was hesitant at first, as she had grown accustomed to Byrne’s empowering leadership style. She was able to clearly communicate her aspirations and goals to Byrne, who expressed this to Bob Graham. Ferguson notes, “I had some reservations about transitioning out of the CCC and into the Solutions team because, from what I saw, I felt like I was entering a completely male-dominated portion of the company. Steve knew where I wanted to take my career, so we could easily communicate that to Bob during the transition. I’m grateful to have been able to build that same relationship with Bob Graham.” 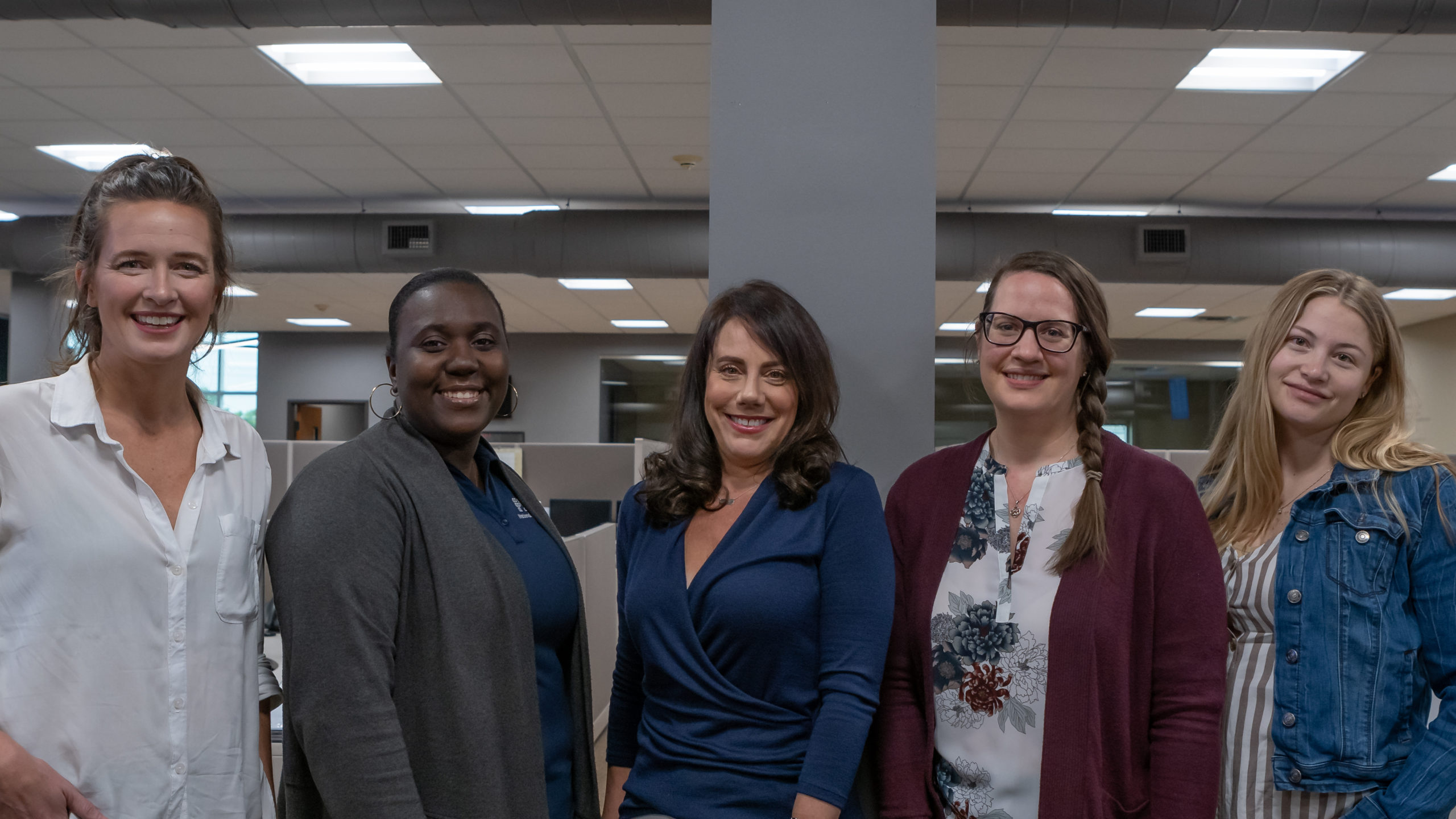 Fletcher adds, “Mark and Steve have always been champions for everyone in this company. They have always stood behind any decision that we make, which is incredibly wonderful to have that support even if you make a decision that they wouldn’t necessarily make.” Self-confidence is not something that can be fabricated. It starts from within and, when authentic, is a force not to be reckoned with. Ferguson recalls, “When I first came into the industry, I would walk into an office and be not only the only woman, but also the only black person that walked in there. Walking into an unfamiliar place can be intimidating, but don’t be afraid. Have your confidence level where it needs to be because you’re only as good as you think you are. And if you think you’re good enough, then it shouldn’t matter what anyone thinks of you.”

As people in the position of advocating for the next generation, the women contemplated messages they would pass along to upcoming generations. Mitchell advises young women to own their craft. “Formulate the idea, present it to people as an alternate route in getting things done, and people will notice. Being different is welcomed. We need free thinkers, innovative ideas. With things constantly changing, you have to be the type of person that evolves, or you will find that you are replaceable.” Adami adds, “Be a bear. Don’t be afraid to ask questions and go against the grain. It’s okay to not conform to how it’s been done before you.”

Visker has found through personal experience that progress is made by rocking the boat and asking questions. Through this, she has found her calling. “I feel pretty confident in what I’m doing is what I’m meant to be doing. I am enjoying helping others find that path and learn that about themselves. It’s been a great experience.”

Finally, Fletcher encourages young women to go after what they desire without fear. “If you have the passion and the drive to enter the industry, whether it be construction or neurosurgery, then full steam ahead. A true through and through work ethic and passion for what you’re doing is more important than knowledge. If you have the passion, drive, and work ethic, then you can accomplish anything, regardless of what it is you’re wanting to do.” She closes with, “I am grateful to have had the opportunity to bring additional women onto my team to mentor. I have no doubt that one of these women will be my boss before I retire.”