Austin, Texas– Saturday, April 16th, kicked off the annual Facility Solutions Group’s B&C’s Mudbug Madness. That’s a crawfish boil, if you aren’t familiar with this 13-year old FSG Austin tradition. The “B” and “C” in B&C’s Mudbug Madness are for Bill McCart and Chip Seck, the creators and organizers of the event. The yearly shindig got its start when several of our FSG Austin people were talking about trying crawfish, something none of them had ever done. Funds were pitched in, mudbugs were rounded up, and they put together their first ever crawfish boil, just to see if they liked the taste! Well, thirteen years down the road, it seems safe to say that they liked it quite a bit, and FSG Austin has been putting on the boil ever since. As the years went by, the crowds grew and the crawfish boil added attractions, such as bounce houses, a deejay (with karaoke for the brave folks) or a local band, and basketball games. These days, several FSG Austin departments fund the annual Mudbug Madness and almost 400 people signed up to attend this year.

Unfortunately, the weather seemed to be working against us this year. Depending on your meteorologist (or your weather app) there was either a 70% chance of heavy thunderstorms, or just a 20% chance of rain. Rescheduling was beginning to look like more of a possibility. But we put on our brave faces and decided on Wednesday that the event was on, rain or shine!

Friday dawned dry and sunny as the tents, tables, and signs went up. Saturday morning brought a drizzle that continued off and on all day, with only an occasional burst of hard rain. Children (of all ages) stomped gleefully through every puddle they could find. Even the rain couldn’t dampen our enthusiasm too much, and FSG is proud to estimate that about 250 adults and 50 children showed up to grub on the mudbugs. The more curious kiddos played with the live mudbugs for a bit, because it’s just not fun if you can’t scare your sibling with a live crawfish.

In the end, over 375 pounds of mudbugs, 120 pounds of potatoes, 350 ears of corn, 70 pounds of mushrooms, 70 pounds of boudin sausage, and 350 hotdogs were deliciously cooked and sumptuously devoured. The FSG Family came out in great spirits and brought lots of laughs. As tradition dictates, one crawfish was set free in the creek by Chip’s house for good luck. Unidentified sources tell us that Chip’s children may have talked him into saving and releasing three crawfish this year.

FSG would to like to offer a huge thank you to the cooks and the helpers that worked hard all day, and also a big thank you to everyone for coming out and making this yet another successful Mudgbug Madness! 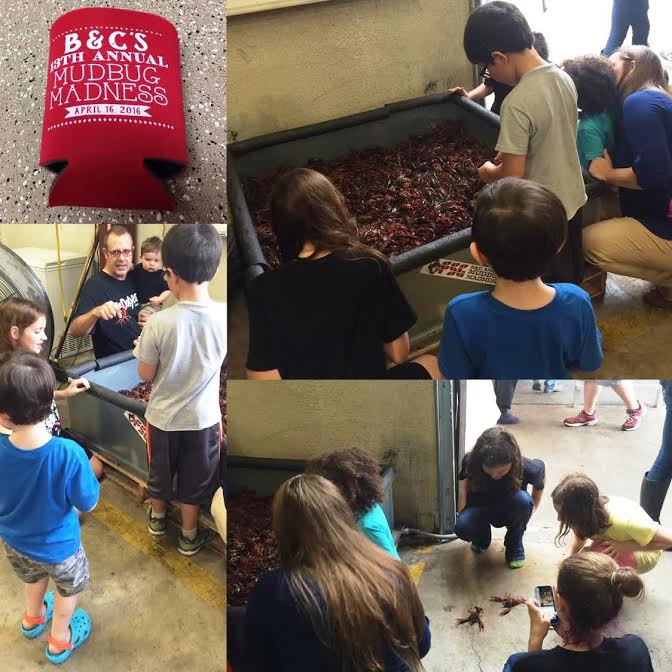 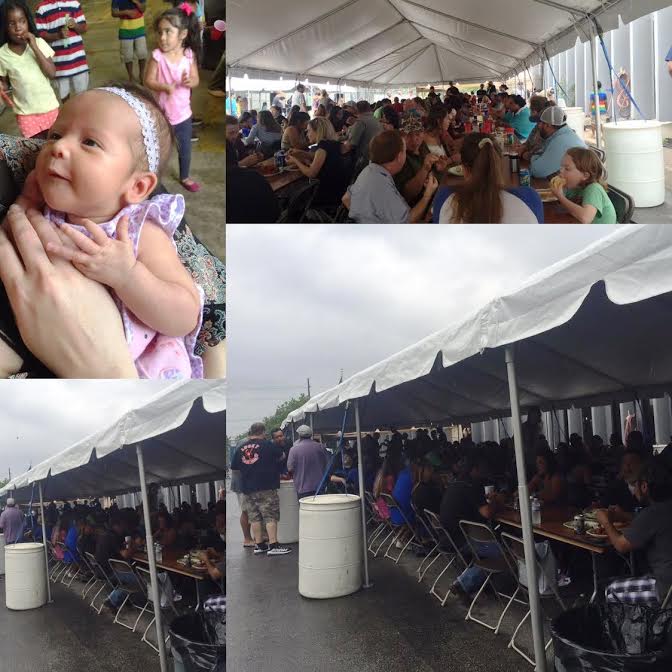 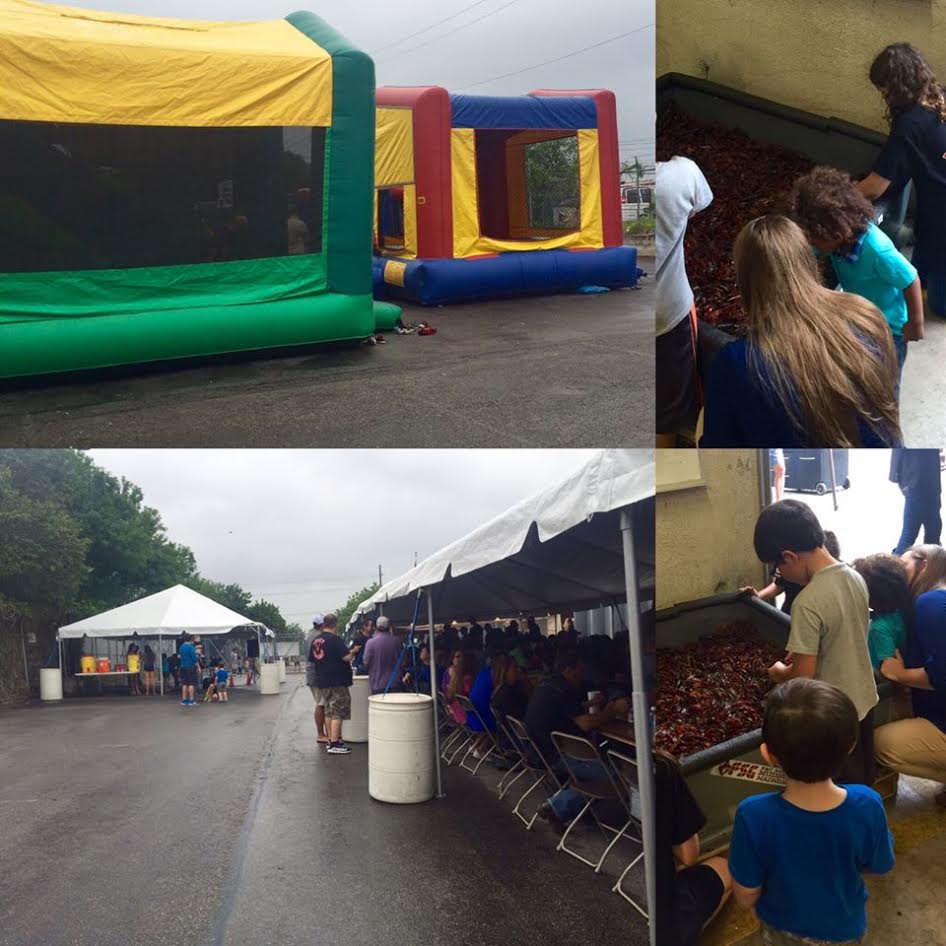