Skip to content
Home » It’s all Fun and Games

It’s all Fun and Games 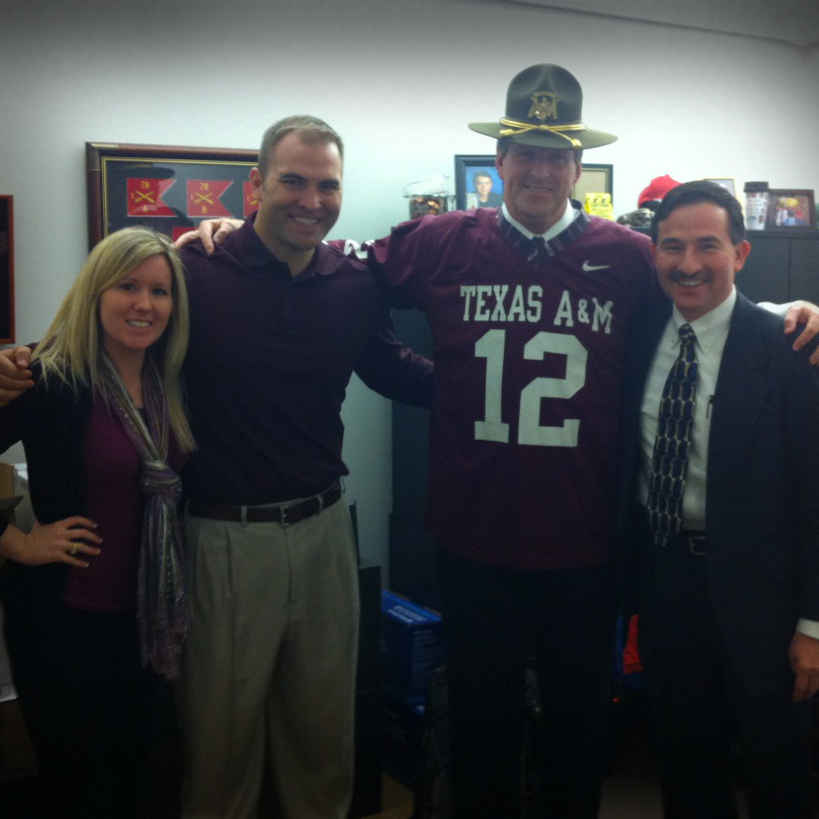 With complete confidence, both sides proposed that the loser of the wager would have to wear their rivals gear around the office for an entire day after the game.  It was a bet everyone was sure of.

No one can be too sure of when exactly it was that Mark accepted his impending office wardrobe fate, though most would suspect it was sometime during or after the third quarter of Friday night’s game.  What is known for sure is that Mark wore his badge of defeat with grace and dignity.  He wore the 12th man jersey all day long and even paused for moment to have his picture taken with his new found “fellow Aggies”.  Here’s to Mark for a being a great sport and congratulations to the Aggies and their fans on their Cotton Bowl win.

Here is a larger picture of the “Aggie team from Dallas” Pictured from left to right are Lauren Sommerfield, Jeff Cash, Mark Condry, and Sam Villareal.